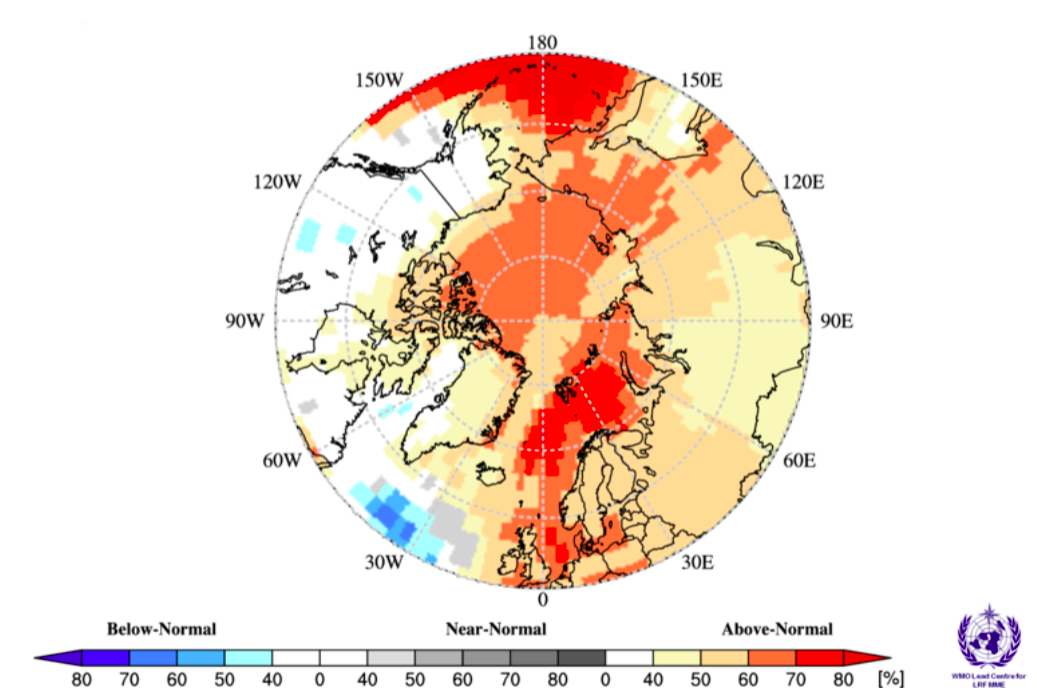 The figure below shows the seasonal multi-model forecast for precipitation in February, March and April 2023 (FMA23) issued in January 2023. Over the largest part of the Arctic region, there are expectances for an above normal precipitation for the second part of the winter, FMA23. These probabilities are rather moderate (40% or more) for most of the Arctic domains with an exception of the central and southern parts of Chukchi and Bering region where the probability expectancies reach 50-60% or more. Indecisive precipitation results (white color on the figure below) for this FMA are forecast over the eastern Canada, western Nordic region and over central and western portions of the eastern Nordic region. 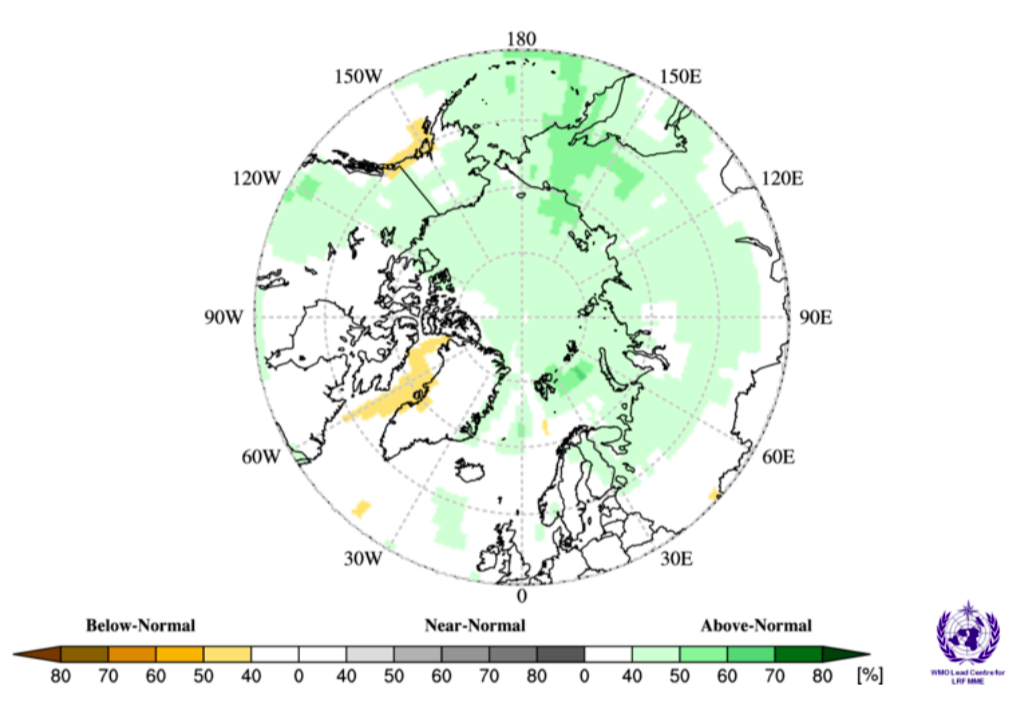 Outlook for Snow Water Equivalent for February, March and April 2023 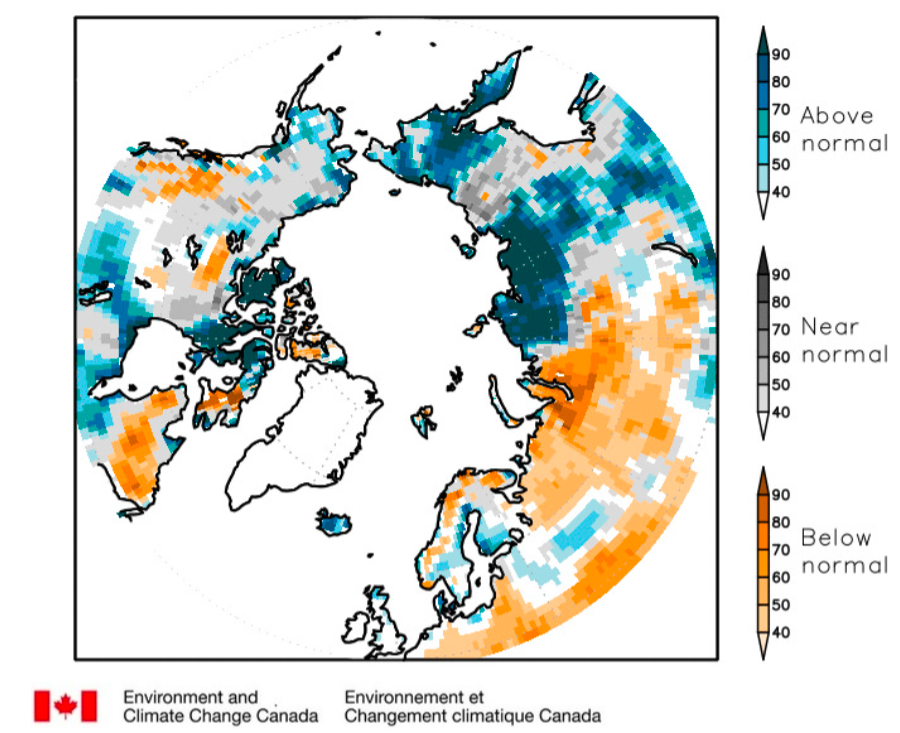