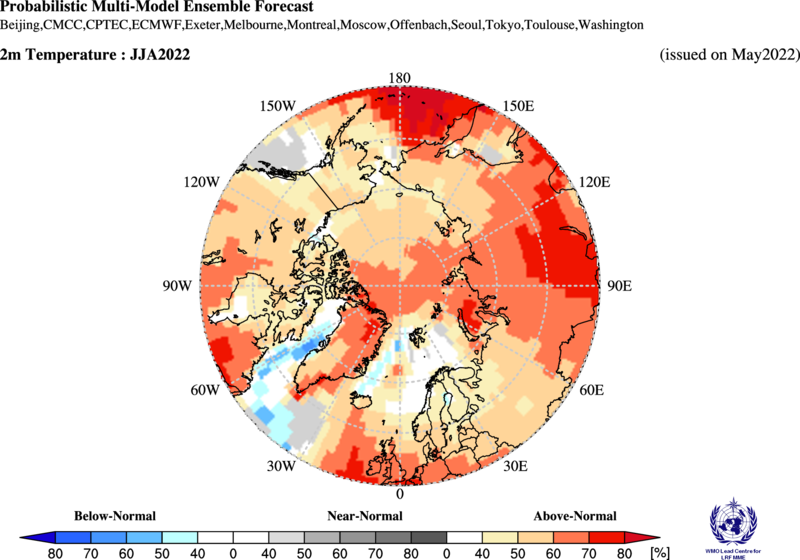 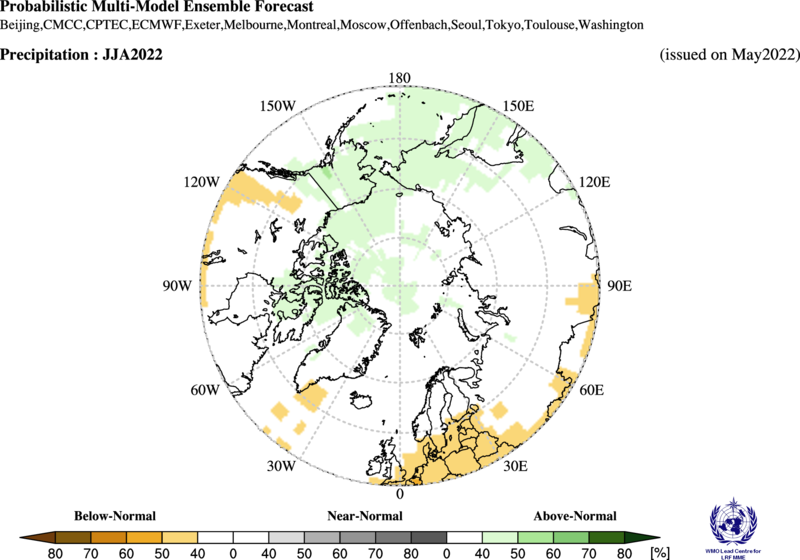 Sea ice break-up is defined as the first day in a 10-day interval where ice concentration falls below 50% in a region. The outlook for spring break-up, shown in the figure to the left below, displays the sea ice break-up anomaly from CanSIPSv2 based on the nine-year climatological period from 2012-2020. The qualitative 3-category (high, moderate, low) confidence in the forecast is based on the historical model skill (figure to the right below). A later than normal break-up (blue areas) is forecasted for the Barents, Beaufort, Greenland and Labrador Seas. A near normal break-up is forecast for Baffin Bay, Hudson Bay and the Chukchi Sea. An earlier than normal break-up is forecast for the Canadian Archipelago and the Kara and Laptev seas.