Services from the Norwegian Meteorological Institute

MET Norway monitors sea ice through both its Norwegian Ice Service and EUMETSAT OSI SAF services. The images below show sea-ice climate indicators from both services, and are retrieved from https://cryo.met.no/en/sea-ice-climate-indicator, where also additional graphs can be accessed. The icecharts are updated every week day. 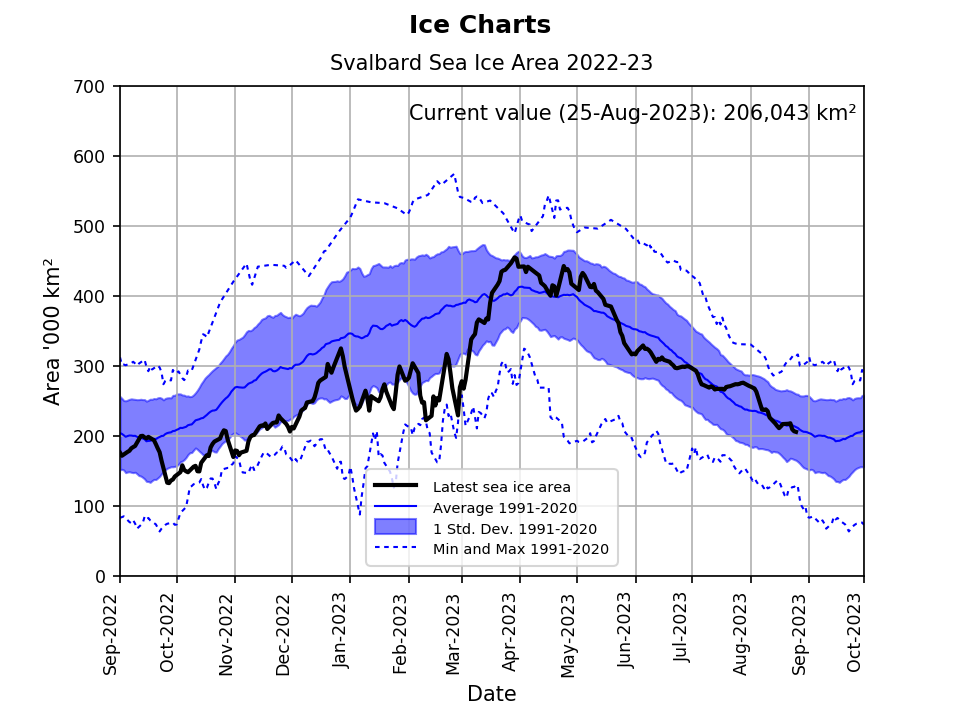 Latest sea ice area for the Svalbard region derived from the ice charts and compared with climatology (1981-2010). 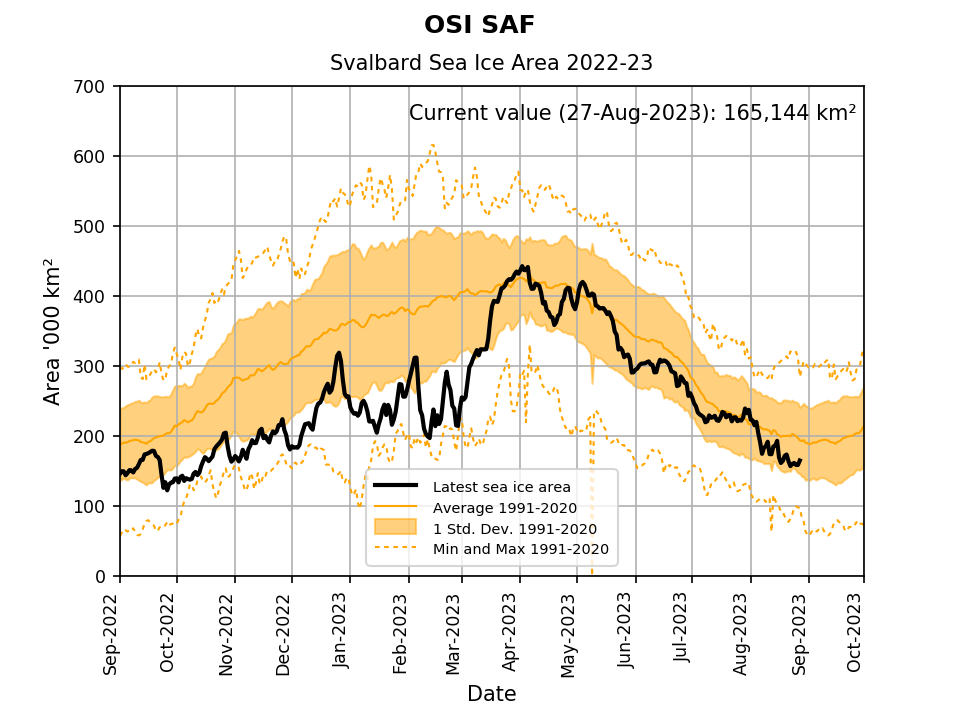 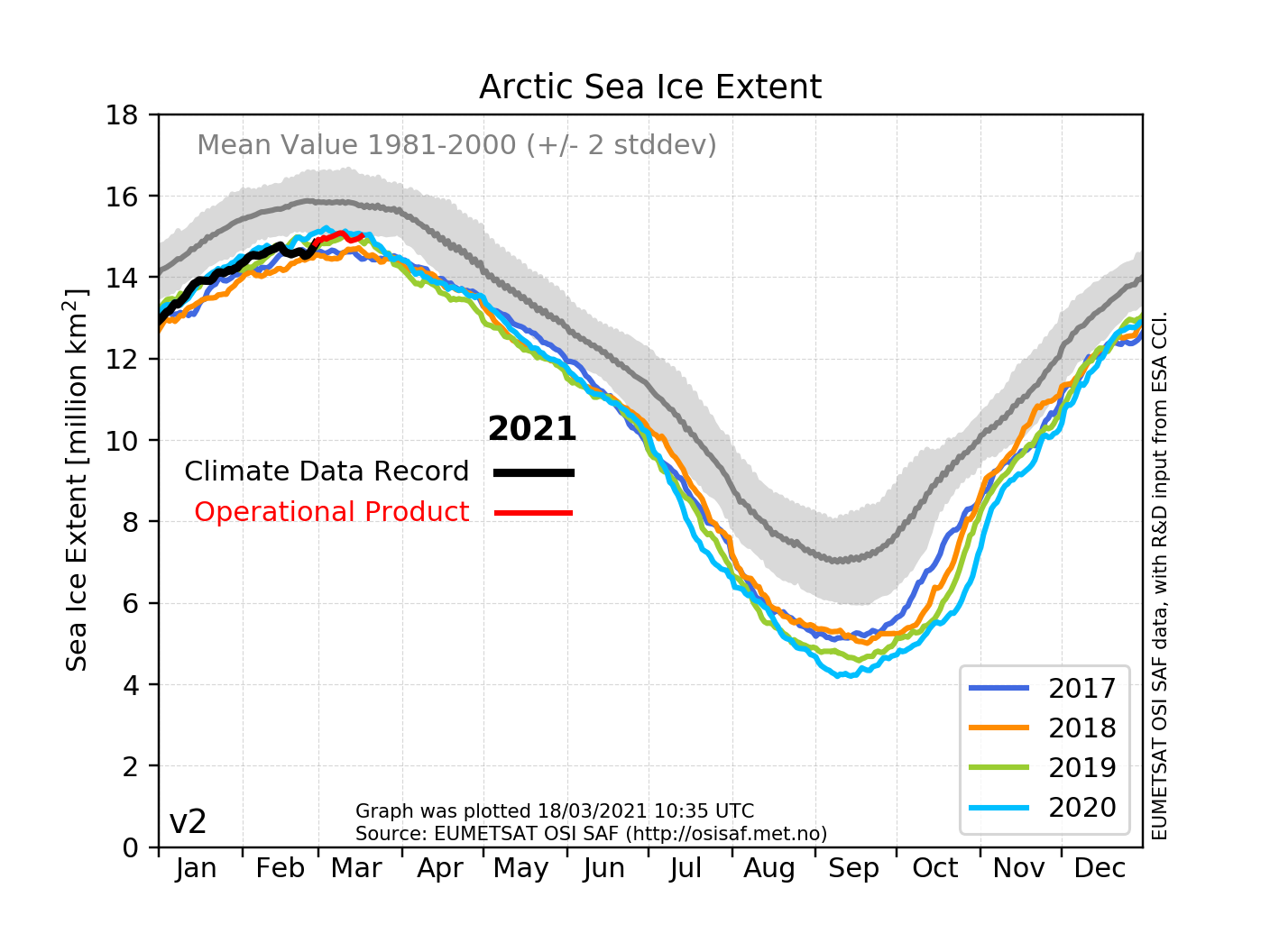 Latest sea ice extent for the Arctic compared with climatology (1981-2000). From OSI SAF.